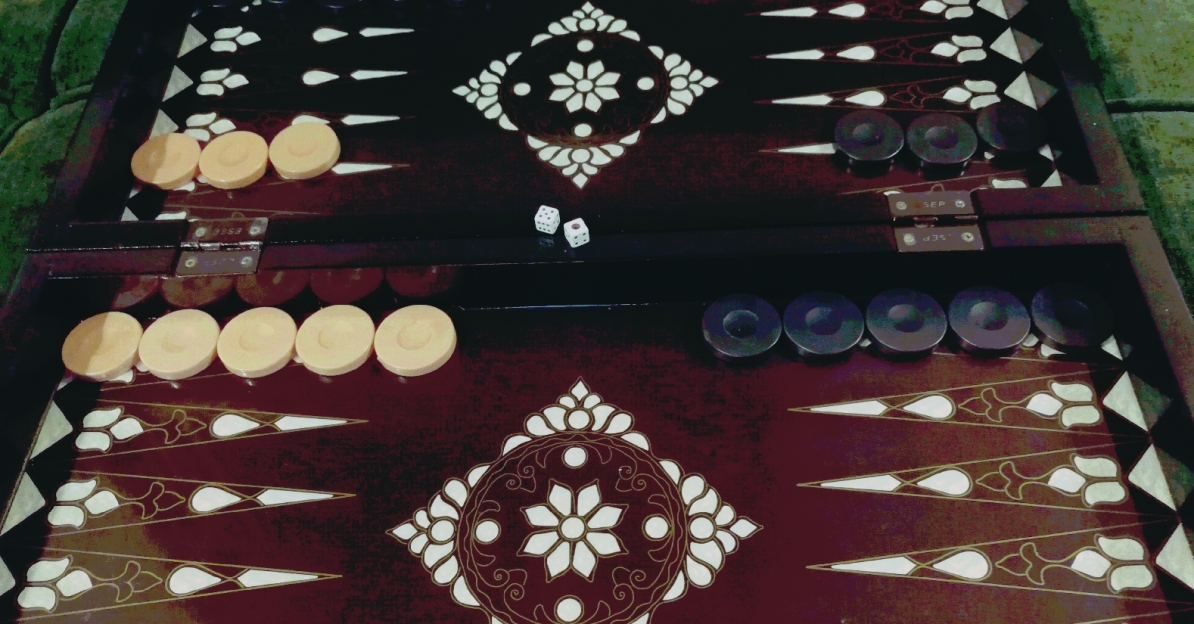 Nobody likes to wait. Waiting for a breakthrough can make you more miserable than the challenge itself. You have prayed, you have asked, you have knocked…You know all about waiting on God. You know that going through a trial works out perfection in you. In the process of waiting you either hibernate in a survival mode until heavens open and something happens; or torment yourself with gnawing thoughts of what else can be done that you have not tried.

Is it all up to God? Is there anything you can do to while waiting?

Looking at the past breakthroughs in my life, the testimonies of people around me and the stories in the Scripture, it appears there is a strategy that helps to activate the breakthrough.

I call it the backgammon strategy.

Backgammon is one of the oldest board games known, invented in Persia sometime around 3000 BC. It can be played on a cardboard with plastic checkers and dice or a mother-of-pearl encrusted wood with checkers of ivory or semi-precious stones.

Whatever the setting – the rules are the same. Each of the two players gets 15 checkers which move between spaces according to the roll of 2 dice. The person, who moves all the checkers off the board first, wins.

My husband has accused me of casting a spell on the dice which, in his view, rolled in my favor and caused me to win every time. In truth, my wins were based on strategic moves I had learned playing with my uncle as a child.

Backgammon victory/Breakthrough is part strategy (your part) and part favor (God’s part). With each roll of the dice, players must choose the optimal move from numerous options and anticipate possible counter-moves by the opponent (Devil’s part). The better a player is at choosing the right step at any given roll of dice, the greater is the chance for victory.

Ultimately it is God who brings the breakthrough. His timing is as exquisitely perfect as it is unknown to us. The Devil’s moves are fairly predictable – he strikes our weakest spots. Each day, however, brings us opportunities to choose to make the right step (however small) – draw close to Him, even if you feel distant; praise Him, even if you feel angry; invest in someone else’s life, even when your own is falling apart.

His Word is full of divine strategies for every situation and if we apply them consistently in small steps they activate the big breakthrough.

A dear friend was diagnosed with advanced breast cancer. Her doctor recommended immediate surgery. She insisted on postponing the surgery until the return from her mission trip to China, the first mission trip for which she had been preparing for several months. The doctor, her family and friends weren’t pleased. Her condition and the advanced age made them certain that she was making a mistake. Her strategy was to put God first. She knew it was Him who called her. She knew that He was aware of her cancer before the doctor was. So, she made her strategic move – she followed God’s call andwent to China.

When she returned the tests showed that there was no signs of cancer in her body.

C.S. Lewis once said “The smallest good act today is the capture of a strategic point from which…you may be able to go on to victories you never dreamed of.”

I wonder if he played backgammon?

Follower of Chist Wife and mother. Traveler and runner